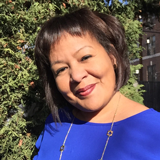 What is the most important issue in Council District 17 you would address if elected?
As a one-time public housing resident, I can identify with the struggles that come from keeping a roof over our families. Current AMI guidelines for new and rehabilitated housing are not affordable to District 17 residents. I would work with Developers, non-profits, community activists to organize financial literacy programming so that lottery winners are afforded the opportunity not disqualified due to a poor credit scores. I intend to deal with Landlords conducting practices that are forcing out low and middle income families out of their homes; improve conditions and safety measures at our Public Housing Developments, and address concerns of private homeowners such as tickets from the Department of Sanitation. Protecting our affordable housing stock and putting a halt to the Gentrification of our neighborhoods is a priority. Making sure that those that stayed in this community remain in our revitalized Bronx.
What other important issues would you address if elected?
I will work to increase support for our educational institutions both public and private. Our children all deserve the best education. Public schools need to be better equipped with State of the art technology and the physical environment should also be up to code. Children should not be educated in schools with drafty windows, lack of heating/cooling systems, poor lighting, etc. In the same manner that these conditions aren’t conducive to our living arrangements they shouldn’t be to the educational settings of our children. Private schools that offer parents an option should also be supported by way of after-school programming which at this time is not Council permitted. Supporting our vocational schools is also key because they offer students opportunities to graduate into trades and employment opportunities. I will work with both Youth and Senior providers to support and strengthen current programming as well as create additional services for these populations.
What makes you the best candidate for this office?
I have lived and worked most of my life in the South Bronx. As a current home owner near the Longwood section of the Bronx I have raised my family in this Bronx community. For the last decade I have worked with community leaders and activists on all issues affecting our neighborhoods. Together we have begun to identify and resolve issues around housing, safety, lack of service by way of funding and problem solving work groups. District 17 is not just one of the 51 Council Districts, it is my home and the residents are my neighbors. I will serve my community with the same passion and dedication that I have given for over a decade. The leadership needed is someone that brings all stakeholders into a conversation with transparency and I am that Leader. The agenda for what is the best plan for District 17 should be created by its residents and upheld by the elected.

Reprinted as supplied by the candidate. Participating in the Campaign Finance Program.

English Transcript
Other Candidates for CD 17

George Alvarez
Bronx For All

Julio Pabón
Bronx Not For Sale